Cape Harmony is contacted all the time for a number of private gigs, whether it be a cocktail party, birthday bash, or church function. Though we love each performance dearly, we had two very special events last week that left a lasting impression. CH had the great honor of participating in two - that's right, two - PROPOSALS!

The first happened last Saturday at the Chatham Bars Inn (not too far from our Thursday weekly show location at St. Christopher's Church). A few months ago we were contacted by Conor, the boyfriend of a former member of our very own CH family, Taylor! Conor knew that Cape Harmony meant the world to Taylor three summers ago and wanted us to be involved. We naturally said "yes" without hesitation.

We arrived just before sunset and were debriefed by Conor's sister on what would go down:

Taylor and Conor would park down the road and walk towards the beach as we sang "Can't Help Falling In Love," he would propose as they arrived at the bouquet of flowers strategically placed in the sand, while we sang "Old Cape Cod." Everything went according to plan and it was perfect! Although, no one had accounted for the fact that the moment would be so beautiful, that CH would barely be able to make it through a song while blubbering.

The second proposal happened just the other night, at Katie's Ice Cream shop on Main Street Hyannis. Though we didn't know this couple beforehand, we were delighted to be included and make the occasion a memorable one.

The plan was for us to surround the couple (flashmob-esque) while they enjoyed their ice cream and sing "Can't Help Falling in Love," after which the actual proposal would occur. When we got there and began singing, it was clear that his girlfriend had NO idea what was happening, until we finished our first song. As he popped down on one knee, she immediately burst into tears. In order to not spoil the moment, our lovely business manager relieved her of her dripping ice cream cone as he placed a ring on her finger. After saying "goodbye" to another happily engaged couple, we reflected on what we had witnessed.

Now, to get serious for just a moment, a lot of terrible things have been happening in the world. In the wake of mass shootings, political discord, and international warfare, we might err on the side of guilt when we are blessed with happy moments. It's easy to become cynical amidst so much hate. We were lucky enough to see and be a part of two amazing acts of love last week, and so we urge you to remember that love exists. It is everywhere, and only love can conquer hate. While grieving is important, and taking action is even better, be mindful of the good moments - milk them for what they are worth, and welcome them with your whole heart.

With July 4th quickly approaching, we're gearing up for a full week of festivities. Today, we're heading to Needham, MA for a BBQ and some Independence Day Eve fireworks. Then, after singing at a community parade on Monday morning, we're heading to the Vineyard to hang out with the lovely men of The Vineyard Sound! Keep up with us on social media this week to see how we're spending the holiday.

As always, definitely check out our schedule to see when you can make a show this summer. We've been working on new music and we're eager to share it!

Happy Fourth of July, everyone! 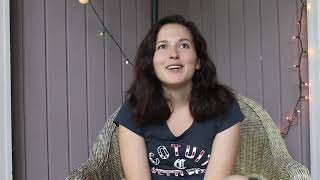 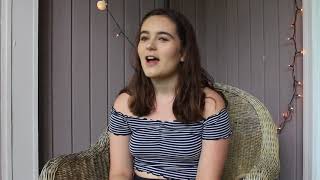